A hall church with remarkable proportions

The 42 meter-long by 17 meter-large nave of the abbey church shows impressing volumes before drawing attention on its murals. Visitors will be surprised by the height of the side-naves, which can no longer be referred to as side-aisles. Quite the opposite indeed, these aisles give the church the status of "hall church" thus enabling – given a simple elevation system – a beautiful lighting thanks to the bay windows centered high in the semicircular arches of the side walls.

Besides the main voluminous body of the Romanesque church, the slender shape of the Gothic style spire – which was practically rebuilt in the last century – is to be noted.

Harmony between architecture and painting

In the nave, all the conditions were fulfilled – elevation and light – to create, on the 17 meter-high barrel of the vault, the Old Testament iconographic program. Illuminated by daylight which enters the building sideways, the vault of the nave was considered as an ideal medium to create a religious program, as it also involved the symbolic gesture of looking up the heavenly vault, as monks would formerly do so.

To the elegant nave is added the beauty of the church’s choir and its volume. Illuminated by a row of windows, – quite unusual arrangement in this area of Poitou – the choir is composed of a deep sanctuary which is elevated due to an underground crypt. Surrounded by ten columns decorated with faux marble, just like the nave’s columns, the choir closes the homogeneous architectural forms of the Church of Saint-Savin.

In the context of a monastic Reformation, Louis XIII relied on the Congregation of Saint-Maur. Settled in the Abbey of Saint-Savin in 1640, the monks launched a vast reconstruction project of conventual buildings (1682-1692) that were ruined by the Wars of Religion. The sacristy, the chapter house, the refectory, the kitchen, the dormitory and the abbot’s vast accommodation were rebuilt with local limestone (pink limestone from Antigny, beige limestone from Chauvigny). 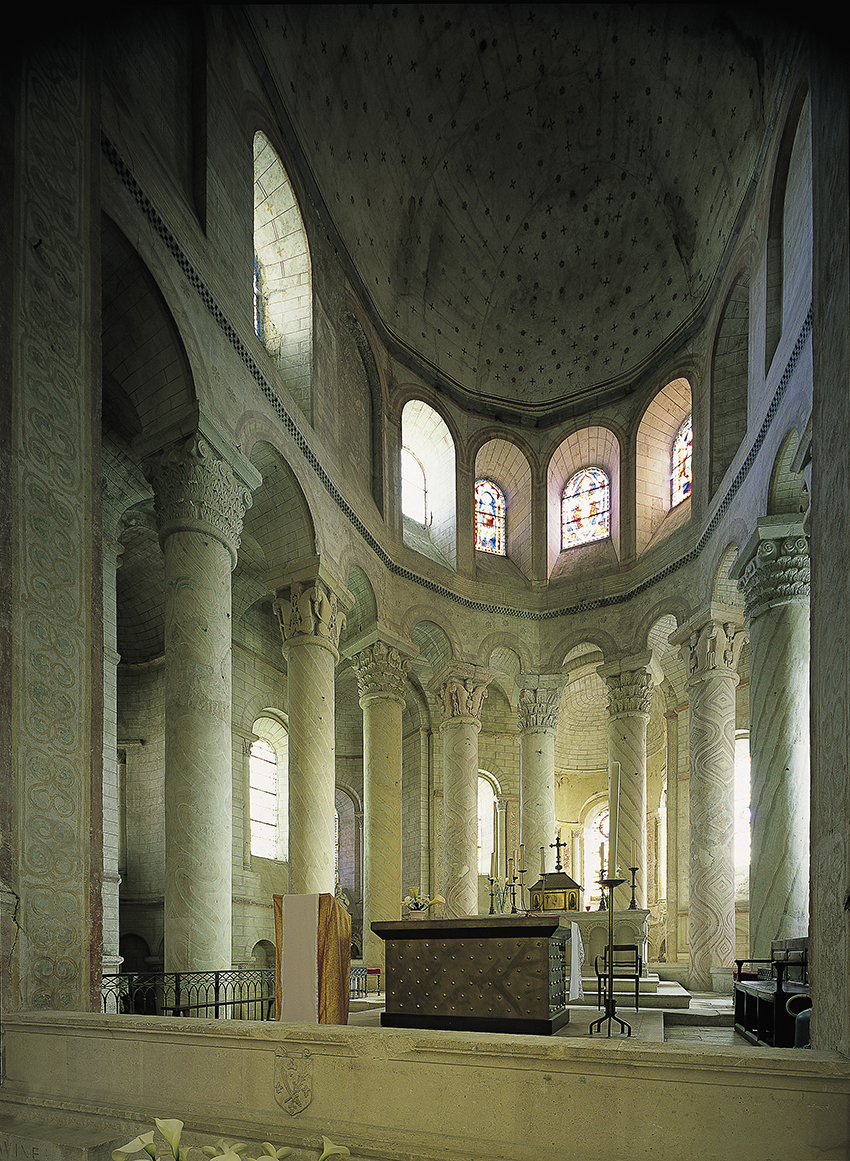 The abbey is currently closed. We will be happy to greet you again on February 2022 !